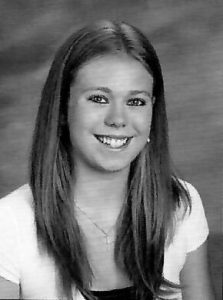 Britt was a Starter on Normandy’s Varsity Basketball Team all four years. She was a three time Team Captain and earned four Varsity Letters. She led her team to an NOC Conference Title in 2009. In her senior year, she was named the NOC League MVP.

While at Normandy, Britt was also a stand out in the classroom. She earned All NOC Academic Honors for her GPA as a senior. Her academic excellence and basketball skills led her to Carnegie Mellon University.

Currently, Britt is employed at Hyland Software. She works in the Cloud Research & Development Department and has worked there since 2012.

She is married and has two children.