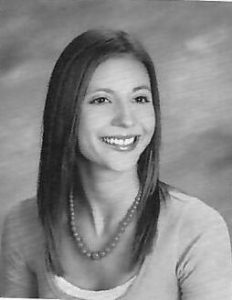 In her senior year, 2007, Kristi was named to the All Ohio Academic Team.

Kristi earned Ohio University Freshman MVP in the 2007-08 year. In 2008, she was 7th in the Outdoor MAC Championship meet in the long jump. She was selected as Team Captain for the 2010-11 season. She received a Bachelor’s Degree in Accounting and Management Information Systems.

She has worked as an auditor for a public accounting firm since 2011.

She frequently returns to the Cleveland area to visit family and friends.