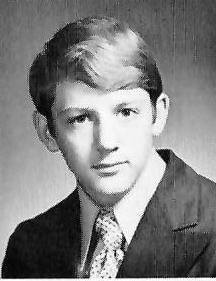 In his senior season, Scott finished runner up in the state tournament.

His head wrestling coach, Jim Kalin, described Scott as a person who was aggressive and never gave up no matter what the situation. He identified him as a wrestler who made great adjustments as he progressed as a wrestler over every year.  Scott started as a lightweight and grew into an upper middleweight.  He became one of the most tenacious wrestlers in the program.  Coach Kalin also felt that Scott grew and prospered a great deal from working with his older brother and fellow wrestler, Fred Braun.